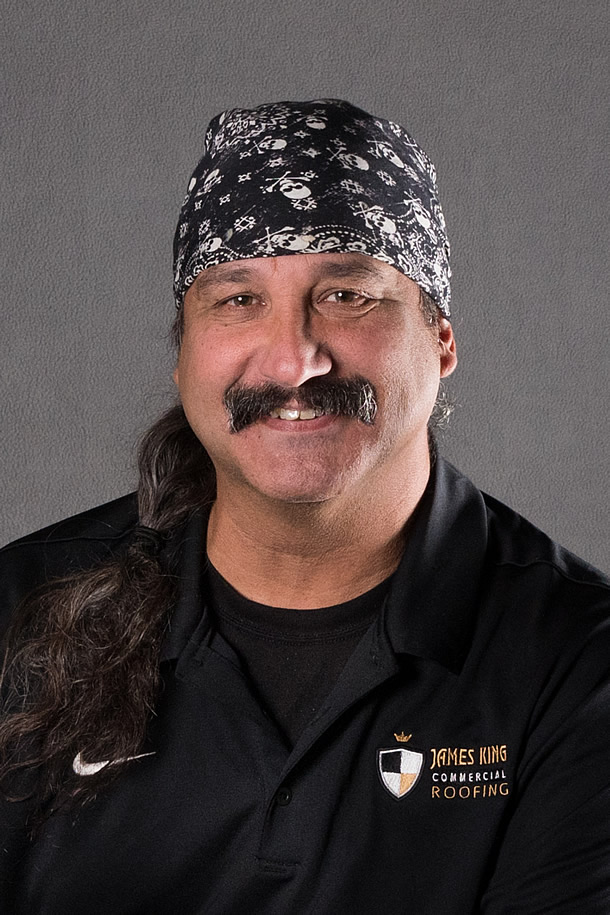 Tony is one of our most senior Service Foremen and has been in the roofing industry for 35+ years.  Most of his career was spent working his way up from laborer to general manager excluding the time he spent as Chief Donut Maker at Dandy Donuts.  Tony also worked for a large GC at a water treatment facility, fish hatchery and purification system plant where he learned many other skills including carpentry, metal work, and small and large equipment operation.

Tony and his wife Andrea have two grown daughters, Spencer and Madison.  When not at work he enjoys camping, boating, golf, and most everything outdoors.  Besides enjoying the outdoors, Tony collects classic cars; more specifically, a 1964 Ford Falcon.  And of course, Tony loves his Harley’s.  His 1990 Fat Boy and 1999 Street Glide are his favorites and Andrea rides along on her 1999 Sportster.

“I enjoy working for James King Roofing because it feels right. It’s a smaller, more comfortable company.  I like the way they make you feel like family and not just a number.  I am also lucky enough to have a great partner, Milan, who I have worked with for years”.